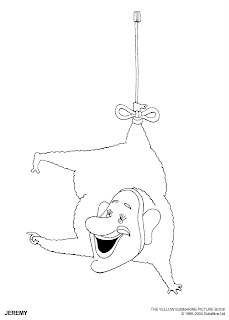 Blog friends, I have been absent and uncommunicative for the past couple of weeks. I've had deadlines. After all, I write for both fun AND profit, as you know. If you can call peanuts "profit."
I've just about completed my contribution to the annual All-Japan Research Team for Institutional Investor magazine. And for New Mobility I did a piece about the latest in high-tech wheelchairs. Which pretty much demonstrates the two discrete facets of my career thus far.

The wheelchair guy and the financial guy.

But lately, as you're no doubt aware, I've been trying to build a third professional identity. For this, I'm tapping the resources of not just my brain but my heart.
The result: a series of personal, occasionally (I hope) poetic, essays about things that interest me, that affect me, or that I've experienced. And so far they seem to be going over well.
Indeed, I'm proud to announce that I've just sold a new commentary to NPR! And it's based on some of the prior blog scribblings below. So I have all of you to thank. You've definitely had a part in it--and an effect on my life. (Please do keep it up!)
So listen for it over the next two weeks (I don't have an exact air date yet), and if you miss it don't worry. I'll be sure to post it here as soon as I'm legally able.
Posted by Ben Mattlin at 4:55 PM No comments:

A short-ish blog this time … because I've been continuing to think through things already posted, and don't have much to add.

First, I'm grateful for all those who've commented intelligently (here and on Facebook) about my entry on the role of medical research. I'm trying to refocus my comments into a piece for NPR. I'll keep you posted on how that progresses.

Second, this past week I was struck by some new material from the Muscular Dystrophy Association about spinal muscular atrophy. I may well be stupid on medical and scientific issues, but it seems to me that the more we learn about the diagnosis the less we really know.

What do I mean by that outrageous assertion? First, one genetic mutation was discovered that seems to be the culprit behind four different types of SMA. I believe I was Type 1 originally, once upon a time--the infantile and progressive version also known as Werdnig-Hoffmann Disease--until I outlived that prognosis and, thus, instantly became Type 2, which is early onset but with a somewhat gentler progression. Types 3 and 4 start showing symptoms later in life, as far as my understanding goes. (But I'm not a medical professional, so please don't take my word for it.) 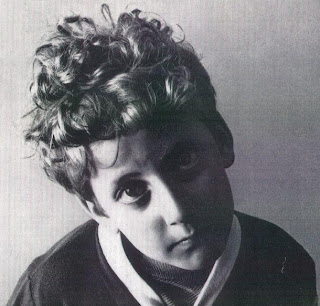 Then, more research showed another genetic mutation that causes SMA--a different type of SMA (or should I say another different type). As I understand it, this one happens in adulthood, too. There may even be others, but that's where I get lost.

Even within this mishmash, I believe there are exceptions ... or sub-types. In my case, I showed symptoms of muscle weakness as early as six months old. I was a "floppy baby." But the progression of my atrophy slowed considerably when I was about six years old. The word my doctors used then was "plateaued," but I'm not sure neurologists still use that term. I'll have to ask.
Anyway, I assumed that meant I had gotten as weak as I would and the active part of the "disease" was done. It had done its damage and hightailed it. I was wrong, as I learned when I was in college and shortly thereafter. Things can still go weak--and not at a steady, gradual pace, it seems to me. It's something more random.

Which doesn't matter, except it makes it hard to plan for.

New evidence--more anecdotal than from clinical research--shows that when people with SMA do live to an advanced age they can suddenly have a relapse, or let's say a resurgence or flareup. Basically, whatever muscles are left wear out. They age prematurely. Which to me sounds very much like postpolio syndrome. There was an article about postpolio syndrome in the past week. I don't think much has been done about post-SMA syndrome, if that's even an appropriate way to call it.

So even I, at 47, am not necessarily out of the woods yet! (Cue dramatic music.)

The point, once again, is not to define us (or ourselves) by our diagnoses.

As I've said before, I understand parents who are desperate for medical advice and treatments for their kids. I didn't used to. In fact, I used to resent it, the efforts my parents had made to "cure" me. But age and perhaps parenthood has given me a kind of wisdom. Or empathy, at least. I mean, I wouldn't want a parent who didn't do all he or she could for his/her kid's health and safety.

Yet to me, the better mission toward improving the lives of people with disabilities involves improving the societal stuff--fairness, openness, tolerance, inclusion, access and so forth. Those goals are more easily and quickly met, for one thing. For another, the pay off goes to all people with all types of disabilities--the old and the young, the dying and the living.

There was also new evidence published this week that some people who are said to be in a persistent vegetative state are actually more conscious--or at least do have more brain activity--than was previously thought. Many of us have suspected this. It's consistent with what I've heard from people I know who have come out of so-called vegetative states.


The connection here is that this shows yet again the limits of medical knowledge. Doctors are people too, and as such they can be wrong. There is often greater potential in the person than the medical establishment--if that's not too abstract and generalized a term--might expect.
Hey! This turned out to be longer than I expected!

If you like what you're reading here at all, I'm wondering if it'd help to ask you all to write NPR (or write NPR via this form) and say you want to hear more from Ben! (Sorry for the shameless self-promotion. But hey, we're all in this together, right? Hope so.)
Wherever you are, enjoy the snow, the rain, the Super Bowl, and whatever else is happening this weekend! And thanks for stopping by.
Posted by Ben Mattlin at 12:51 PM 2 comments: