For the first time in nearly half a century, the Labor Day telethon for the Muscular Dystrophy Association won't feature Jerry Lewis this year.

Since his abrupt resignation/dismissal in early August, speculation has abounded.  What happened?  Who's to blame?  What's next for him and for the charity?
As an ex-MDA poster child and one time anti-telethon demonstrator, I have my own perspective on all this--and a few suggestions.
The following--or a version of it--was going to be aired on NPR on Labor Day. But at the last minute it got cut ... too late to resubmit to newspapers. So here it is…
JERRY LEWIS' LEGACY
By Ben Mattlin

I remember my mother telling me back in the 60s that Jerry Lewis would stay on the air for 24 hours straight just to help people like me. I was born with spinal muscular atrophy, one of the many diseases that his charity, the Muscular Dystrophy Association, aims to cure.
As a kid, I was an MDA poster child, though I never met Jerry. I quit after a magazine ad had me stand in leg braces under the caption, "If I grow up I want to be a fireman." It was a lie. My life expectancy was normal, even by the medical knowledge of the time, 1969-70. I hated standing in leg braces, much preferred the comfort of my wheelchair. I didn't even want to be a fireman. I tried to cross my fingers in the picture where you can't see. Afterward, I told my parents I wanted out. I really didn't like people feeling sorry for me. 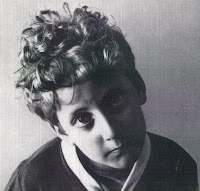 Decades later, I discovered many other people with disabilities felt the same way about the organization's fund-raising tactics. I joined with them in protest.
The primary reason so many of us demonstrated against the telethon in years past was the way it exploited pity to raise money. The ends didn't justify the means, we argued. We were fighting for respect, for equality, for jobs, and access to all society affords. Getting people to cry and hand over their spare change just wasn't in our program.
In the years since our demonstrations, the MDA has made many of the changes we advocated. It's put more people with actual disabilities in positions of authority, albeit mostly as volunteers. It's changed its language somewhat, and become more involved in political advocacy.
But mostly the MDA provides neurologists for the uninsured. It's a kind of secondary insurer. It also subsidizes physical therapy and some necessary equipment. It has run accessible summer camps and, of course, funds medical research.
Yet one of the key problems was never resolved: Jerry Lewis himself. I think the kindest way to explain what was so bothersome is that he was an anachronism, in the way that certain terms we now think of as offensive slurs used to be acceptable. Sure, a man his age can be forgiven for being  hopelessly behind the times. But Lewis steadfastly refused to  recognize the disability-rights movement,  even maligned those of us who demanded respect, calling us "leeches" who were simply "bitter at the bad hand they've been dealt."  He once threatened, "I'll have you killed. You understand? I'll have you killed."  (If you don't believe this, see Vanity Fair magazine from September 1993, Leslie Bennetts' "Jerry v. the Kids.")
It may seem unkind now to point out his faults. He undeniably brought people with disabilities into America's living rooms at a time when many of us were shut away in institutions. Unfortunately, the image of disability he portrayed was relentlessly sad, demeaning, powerless.
Lewis' departure gives the MDA an unprecedented chance to embrace modern disability culture. Though the organization said no one will replace Lewis as its chairman, someone has to be the new spokeserson. Perhaps it can be someone who is more in sync with disability pride.
Maybe even someone who uses a wheelchair.
--------
Check out this YouTube clip : Jerry sings "You'll never walk alone" to poster that says "Help Me … Please!"
Posted by Ben Mattlin at 6:46 PM 2 comments: