A friend in theater recently emailed me a perplexing question.  He's working on the touring company of "Annie" – you know, the musical – and wanted to discuss the curtain call.  "There is some debate as to whether FDR bow in his wheelchair.  What do you think? Is there something ableist about an able-bodied actor leaping out of a wheelchair?"


While you ponder that, I should explain that I saw "Annie" on Broadway in the late 1970s, when I was a kid.  I was so young (read: ignorant) that I had never even heard of The New Deal before.  I saw the first movie version in 1982, when my younger brother was a kid, and the 1999 Disney remake with my kids.  My kids were also in a school production a couple years ago.

So I know the delightful, irresistibly sappy kid-friendly musical all too well.  And it is to be commended for showing FDR in a wheelchair, an accurate and important historical milestone for those of us who use wheelchairs. But honestly, I don't recall ever noticing how the FDR character bowed at the end.


To my friend, I first said "I dunno" but then, on second thought, I DID know.  Maybe it was the word "leaping," but I realized I would personally be offended if I saw the FDR character rise from his chair unassisted to take his bow.  To me, it would feel as if the actor were saying, "Don't confuse me with one of them!  (I can do dance parts, too.)"


After all, I said, does Daddy Warbucks remove his bald-head wig to clarify he's not actually folliclly challenged? Does Annie herself toss off her red curly wig and binder to announce she's really a busty 21-year-old blonde (or whatever)?  Is it not customary for actors to stay in character during the curtain call?


He accepted my answer.  But then…


Then my friend came back with this: What if the wheelchair isn't onstage during the bow?


Again, I reflected.  That helps, I said – just seeing him in a standing position, not actually in the act of standing up from his wheelchair (which the real FDR couldn't do unassisted anyway) – would remove some of the sting.  But I'd still prefer to see him remain in chair and bow while seated.


Well, my friend is not the director or producer.  He has no real power over such decisions.


And what was the final decision?  FDR would only stand up from his chair while the curtain is closed.  He would exit the stage, leaving the empty wheelchair behind.  Then, once the curtain was open, he would walk in to take his bow, then sit back down in the wheelchair to join the company.


Not perfect but not bad, I thought.  Still, I wondered why he of all the actors should break character for the final curtain.


It turns out the director is none other than Martin Charnin, who directed and wrote the lyrics for the original Broadway production back in 1977 and has been more or less involved in its production ever since.  Yes, he's the man responsible for the words to "The Sun'll Come Out Tomorrow" and "It's A Hard-Knock Life."  Gotta admit, they're catchy tunes.

Anyway, Martin does have the power, and he said this is how the FDR character has always taken his bow – since the original production.


I asked my friend, What about the mysterious turbaned assistant, called Punjab in the original movie (played inexplicably, though well, by Trinidad-born Geoffrey Holder)?  He was taken straight from the original 1930s comic strip, but I can't recall if he appeared in the original Broadway show, perhaps under another name.  Anybody in the Blogosphere know?

At any rate, he was an offensive stereotype and is not part of the current production. 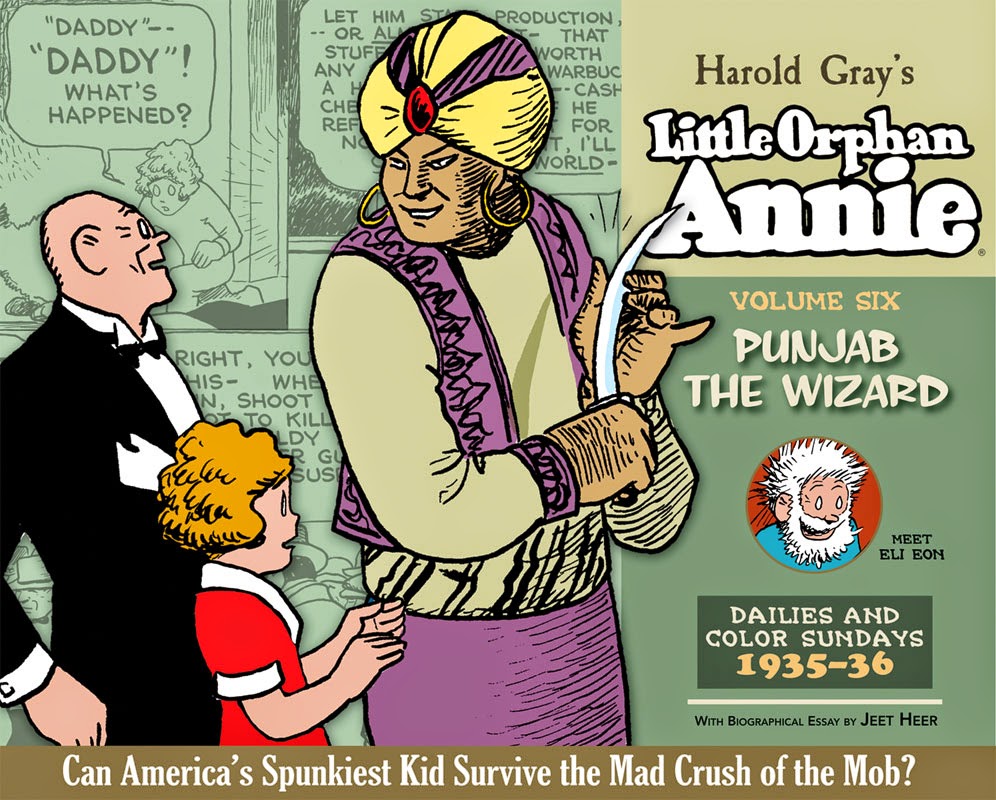 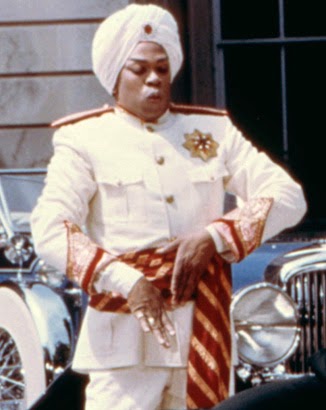 (Click here for musical number from the 1982 film, with Punjab & other stereotypes.)


This led me to wonder how certain ideas and images become unacceptable while others can still slip by almost unnoticed. Many racist stereotypes have gained a degree of attention, of outrage, but equally offensive images of disability go by almost unrecognized.


To be fair, no one is suggesting that the FDR character NOT have a wheelchair. That was somewhat groundbreaking in 1977.  And seeing the actor standing at the end doesn't take away from that.  But for me it still jars a little.

Note that this isn't the first time such questions have been raised.  Several years ago it was the cause of much debate in the design of the FDR Memorial in Washington, DC.  The designers eventually decided – wisely, I think – to only portray the president in a seated position.  In the main statue, you can't actually see what he's sitting on, but the smaller, lesser statue does show him in his homemade wheelchair. 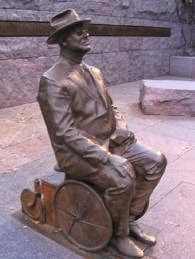 Too bad that, 16 years after the Memorial debate, such questions can still arise. My young friend knew enough to be concerned, which I appreciate, but less enlightened folks still have no idea that there's even an issue.  (I wonder what the new movie starring Jamie Foxx will be like in terms of challenging stereotypes.)  Or am I being ridiculous?